We offer much more than an interesting social experience. Shared reading is an inclusion-based model that has profound benefits for individuals, organisations and communities.

How we create value

We help people reflect, grow and connect to one another. Through this they can then take positive steps to change their lives.

We have seen changes for people from all walks of life. Including:

The difference for jobseekers - Mike & Lee

We partner with employment services to build the confidence of jobseekers and help them make positive steps in their lives. We met Mike and Lee when they attended the same employment service get help looking for jobs. Both were withdrawn and isolated, without a sense of what they wanted to do for work or study. Mike struggled to connect with people on account of his poor self-esteem and Lee struggled with severe depression culminating in a string of unsuccessful job placements. After the employment service started a sharing reading group, even those facing the biggest barriers to employment, including Mike and Lee, were able to find their voice and connect over their responses to the reading material – for some, it was the first time in their lives that they had opened up to others.

Speaking to Mike, he tells us that his interpersonal skills improved and even has the confidence to chat to people on the train. He said this confidence helped him in job interviews. For Lee, the group drew his focus outward and was an opportunity to have purposeful conversations and to think deeply about what he wanted from his life. By attending the group, he found the courage to start writing and sharing the stories he had written with the group. In shared reading, Mike and Lee developed a friendship and were able to provide support for each other. As the group developed, Mike and Lee started to see themselves, their options and their future differently. They remain friends today.

Getting through to clients - Catherine

Catherine works at a housing project that helps people who have spent significant periods of their lives living on the streets. Often people in this situation have experienced trauma, live with disability and mental health issues and experience problems with addiction. It can be difficult for services to overcome these barriers and start making a difference in their lives.

In holding regular shared reading sessions, Catherine realised she was learning much more about the people she was working with. She was learning more about their past, their opinions and what motivated them. After reading with people, she was invariably in a better position to suggest services or additional activities of interest. The trust developed by what they shared in the group meant that the participants were more open to such suggestions. At one reading group, Catherine mentioned that there was a mental health support group opening at the local hospital. Two participants who had developed a good friendship decided that they would attend the support group together and be there for each other. In shared reading, Catherine had found a way of referring participants to a variety of activities and found an activity that promotes connection and supported independence.

Peter was referred to a shared reading group after remaining isolated for the three years following the death of his wife. Along with his grief, recent legal troubles and ongoing physical problems had contributed to Peter’s feelings of despair. He spent most of his time at home alone.

When Peter first attended the group he seemed uncomfortable. He did not immediately understand the purpose of the sessions, but he enjoyed taking part, so he kept attending. After a few weeks, Peter appeared much more comfortable. His comments were always insightful for the other group members and in response to hearing others speak of their own experiences of grief, he began to open up about his own. Peter told them that the group offered him vital intellectual stimulation – he now reads and writes poetry rather than just watching “repeats of DVD’s”. Peter says engaging in the group and interacting with the participants was helping him more than talking to his psychiatrist. He said that he felt accepted and like he was contributing.

Simon suffers from post-traumatic stress disorder (PTSD) and anxiety. At his first reading group, he was keen to discuss his experiences and his issues. In the group, he found a safe space, where people listened and offered support where necessary. By coming to the group, Simon found it easier to focus on topics that were not related to his trauma and found the reading materials and the opinions of others stimulated him to think beyond his daily preoccupations. He found that this extra stimulation and the broadening of his intellectual boundaries gave him different perspectives on his situation. Looking at issues through other people’s eyes in the groups gave him some practical suggestions for changes he wanted to make.

Shared reading gave Simon a space away from his painful experiences, where he was not overcome by them. His pain has not disappeared, but the group has given him something in his life that was not defined by it and has helped him to deal with his issues more positively.

Joyce and Helen were from different backgrounds and cultures. Joyce had been brought up in London in the 1930’s. Helen was from the Caribbean and had come to start a new life in London after World War II.

After reading a story together at a shared reading group (All the Years of her Life by Morley Callaghan), Joyce spoke about the prejudices she had previously held against immigrants in the UK, including her Caribbean son-in-law, and how her mistaken prejudices had disconnected her from members of her family. Helen listened attentively and respectfully and told her own story of being on the end of such prejudice in the 1950s. She spoke of her difficulty in accessing the community (including being barred from shops and pubs), how her children had been treated at school and her family’s experiences of police harassment. In speaking together at the group, Joyce and Helen sympathised over the destructive impact of prejudice.

In discussing their response to the story they were reading, they shared a rich and honest exchange. Joyce and Helen remain good friends. When Joyce began to find it difficult to leave the house due to illness, Helen began to keep in touch with her over the phone and sometimes goes for a visit when she is in the neighbourhood.

Hahn and Kym are a married couple from Vietnam. They speak basic conversational English but have trouble understanding more complex meanings in the language. As a consequence, they find it difficult to engage with mainstream community activities and are at risk of social isolation.

When Han and Kym first attended a shared reading session, made up of mainly English speakers, they found the sessions tough. When other members of the group realised the difficulties they were having, they chose to read slower, so as to help Han and Kym hear the pronunciation of words and better grasp the meaning. As the group worked with them, Hahn and Kym became more confident asking questions about words that they did not understand.

The group found that rather than being a burden to them or halting their progress, these questions vastly enriched the discussions. For instance, the word ‘beckon’ in a story about a friendship between a Japanese man and an English woman (Tea with the Birds by Joanna Harris) sparked a conversation about the ways that people are greeted and how people are shown respect in different cultures. Hahn and Kym’s specific knowledge of Japanese culture added layer of understanding for the rest of the participants. Hahn and Kym, in shared reading, found an activity in which their journey with the English language could enrich the experiences of others as their own confidence grew.

MORE FROM THE READING COMMUNITY:

- By Freda (reading group member) -  Freda's been attending a reading group for a couple of years now. Here, she reflects on how she came to be in the group and what it's meant to her.  I was finding it frustrating that I couldn’t read. With dyslexia, when I was under...

END_OF_DOCUMENT_TOKEN_TO_BE_REPLACED 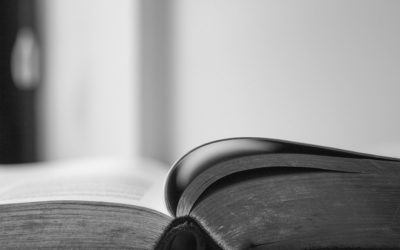 A shared reading session can be the brightest mirror

- By Christopher Smith -  "It struck me that as I deny acknowledgement to someone living on the street, I deny an expression of a part of myself. As I walk past pretending not to see them, I am also pretending that I am above them somehow, that we are not – in essence...

END_OF_DOCUMENT_TOKEN_TO_BE_REPLACED 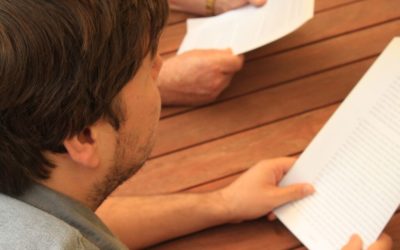 Gratitude is a reward for letting go

I am beginning to understand that my reactions to what people say and do are to do with the ways in which I have been conditioned – that when I am triggered I have a choice between identifying with the flood of thought and emotion that emerges, or observing it and letting go

We hate spam too! That’s why we only send our emails quarterly.